In 2020 the tech industry wants you to add a screen to everything in your house. This year you’ll be able to put a screen on your refrigerator your mirrors your windows your countertops or even your front door.

Major appliance manufacturers like LG, Samsung and TCL feature refrigerators with large LCD touch panels to be the center of your family’s organization. But in my opinion, LG did it best going one step further offering a transparent LCD panel that allows for direct viewing into your fridge when the screen is off. There’s also an option to keep the LCD on in case you don’t want your guests to see how many packets of fast food, honey, mustard sauce you’ve accumulated over the years.

A few companies are building smart mirrors with Android and Google Assistant built-in so you can do things like pull up the traffic or weather or watch a hair or makeup tutorial on YouTube while you’re in the bathroom. DIY smart mirrors have been a thing for quite a while and last year the company Electric Mirror brought their very feature-rich but cost prohibitively expensive smart mirrors to CES.

This year a new company called Capstone Connected has brought its own Android touchscreen mirrors to market starting at just $600. roughly 20% off the price of the cheapest mirror by Electric Mirrors. Still not cheap but not unreasonable considering there’s a fully functional Android 9 tablet inside.

Transparent glass displays from Samsung, LG, Panasonic, Conchas, sharp and sky Worth were being advertised for a ton of different uses but one of the most interesting to me was an exterior picture window. Conca chose to use their display to make a nice day seem rainy. But I might have gone the other way with it. No information has been given about the pricing for these large transparent displays. But expect them to start showing up everywhere in the not-too-distant future.

Hochy was at CES with its brand-new projected multi-touch display intended to be used on a surface like a countertop. These displays use Android 9 and offer a remarkably clear and accurate touch experience for a camera track device. The newest hachi device, the hot-sheet infinite retails for $1,000. In response to both touch and voice commands and can project the screen of up to a hundred inches diagonal. Although I wouldn’t recommend it since the 720p maximum resolution will look pretty pixelated at that size.

Now here’s something I never thought I’d say, LG unveiled their smartphone door. This front door concept includes a climate-controlled delivery bay, a palm scanner, facial recognition and a huge display on the back that can show your to-do list, scheduled delivery log or even direct video footage from the camera on the other side of the door. No price was given for the smart front door but I can say with pretty high certainty that your neighbor isn’t going to be installing one of these in the next year.

But what the tech industry does think you’ll be installing in the next year is a smart lock. Every traditional lock maker and almost every smart home company came out with their own smart lock for 2020. They come in basically every combination of style and technology that you can imagine. some of them offer only pin code or fingerprint unlocking for those that are wary of connected devices, while others offer smart connectivity via ZigBee z-wave, Bluetooth or Wi-Fi to integrate with your smart home and provide feedback and event history for your doors lock. Despite all the advances in smart lock technology, one aspect that remains an issue is power. Since these locks are on a moving door it would be expensive and complicated to wire them to your house’s electrical system. as a result, smart locks run on batteries that need to be replaced every 6 to 12 months. This is exactly why in my opinion a company called Alfred has the most interesting smart lock on the market. They’ve paired up with a wireless power company to charge and power you’re connected lock via wireless infrared technology. Final pricing isn’t available yet but expect the Alfred wireless powered lock to retail under $1000 and be available within the next few months.

At CES there were four companies that were touting their wireless power solutions and they were all pretty unique. both Power Cast and Osseo are using 2.4 gigahertz technology to send out wireless power that can provide roughly 1 watt of power to devices and require direct line-of-sight meaning it could go through a wall. On the opposite end of the spectrum. Guru Power is using 24 gigahertz millimeter-wave or microwave technology to provide up to 4 watts of power to charge your devices wirelessly. The 24 gigahertz technology requires a direct line-of-sight and may be difficult to sell to consumers since interrupting the 24 gigahertz beam with your hand does cause it to heat up noticeably. Guru plans on producing a Roomba like device that will travel around your house at night and recharge your devices wirelessly when you’re not around which, to be honest sounds pretty awesome to me.

The fourth company and the one that’s being used by Alfred Locke uses a much more traditional tech that’s more likely to be accepted by the general public. Why charge is a company using infrared light like you’re using for your TV’s remote control with a photovoltaic solar cell that can provide up to 3 watts of energy through a direct infrared laser. The laser does require line-of-sight but it doesn’t cause your hand to heat up when the beam is broken. and it can integrate directly into a light socket or power outlet to provide wireless power to your IoT devices. Assuming consumers are accepting of these new technologies.

I predict 2020 and the near future will mark the beginning of wireless power and the end of changing batteries in your smart home devices. Speaking of wireless consumers to adopt devices, another thing that smart home consumers are aware of these days is the vulnerability of all of these internet-connected devices to hacking and while the implications are sometimes exaggerated by the media. How to secure our smart home devices is It’s still a valid concern, computer antivirus, and security powerhouse Avast has developed a new device that plugs into your network and monitors your IoT devices. Internet activity using their already huge database of security issues and malicious IP addresses. Avast can tell you when your IoT devices behave abnormally by sending an unusually large amount of data connecting too frequently or connecting to IP addresses that are not standard for that device type. As excited as I am about the potential of this device, I am not excited about its pricing plan which will be $100 per year as a subscription.

Here’s hoping that this technology gets integrated into your existing routers and the price is substantially decreased as a result at CES it’s always fun to see these futuristic devices. but I did find two reasonably priced. they’re useful devices that I think most people should probably invest in rather than just dreaming about the first is an add-on to your existing outlet called 4 Amps. All you do is replace your existing outlet cover with this new one; no wiring is involved and you’re left with a charging station that includes a retractable multi-connection charging cord USB and USB C for your charging devices and it includes quick charge as well the 4 amps charging plate is available now on their website for 49 bucks and it should be available on Amazon within the next few months.

The other product that I absolutely couldn’t believe wasn’t already a thing was a biking turn signal and brake light called the cosmo connected that can be attached to your helmet or seat post to tell the traffic behind you when you’re about to turn, be a user input or even indicate that you’re breaking or slowing down via an internal accelerometer. Perron cosmo with your phone via Bluetooth allows it to not only track your route but also designate up to 3 contacts to send an emergency message if the cosmo detects a fall via its internal accelerometer. The Cosmo retails for just $69 and it’s available via the cosmo website and hopefully also on amazon within the next few months.

Overall, 2020 promises to be another extremely exciting year for smart home tech so if you enjoyed this post please consider sharing with friends and if you have any suggestions use the comment box below. Follow us on Facebook too for more updates 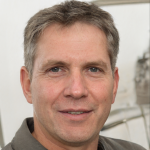 How to make your smart home secure with Avast security